The Official Draw for the Tokyo 2020 Paralympic Games wheelchair rugby competition will take place on Wednesday, April 28th. The ceremony will be held in Sheffield, UK and the random draw will be conducted by the IWRF Competitions Committee.

Coverage of the draw will be aired live through the IWRF YouTube channel, and will begin at 6am EST.

Canada are seeded 5th in the draw. The team secured qualification for the Tokyo Games by defeating Colombia in a playoff at the 2020 IWRF Paralympic Qualification tournament.

Nations will be seeded for the draw based on their relative standings on the IWRF World Ranking List as of 17th April, 2021 as follows: 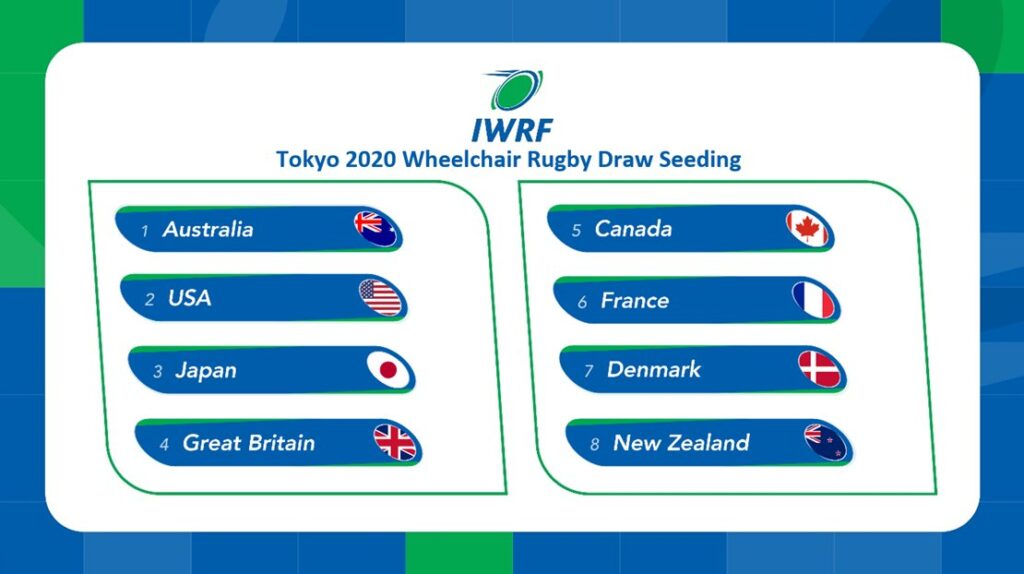 During the draw, a system for selecting a random Nation will be used. The authenticity and suitability of the system has been confirmed by IWRF.

The process for the draw is as follows:

In the event the Host team is unable to attend or confirm their decision during the draw, the following process will replace step 4 above:

The purpose of the International Wheelchair Rugby Federation is to help develop, promote, and regulate the sport of Wheelchair Rugby on a global basis. The sport is currently played in more than 30 countries with many others in development.

To learn more about the IWRF, visit their website HERE