The bronze medal match started out tight, with both Canada and France exchanging tries and small 1 and 2-point leads throughout the opening quarter. The French, however, managed to hold a narrow 12-11 over the Canadians after the first eight-minutes of play.

The second quarter would see France pull away slightly on the scoreboard. Their strong defensive pressure managed to create problems for Canada on the inbound, forcing Canada into situations where they’d either have to throw a risky pass or call a timeout, in order to avoid turning over the ball.

The first half would go on to end in thrilling fashion, as Canada’s Branden Troutman would squeak past the try line, with less than a second left on the game clock. The teams would go into to the break with France leading by four tries. 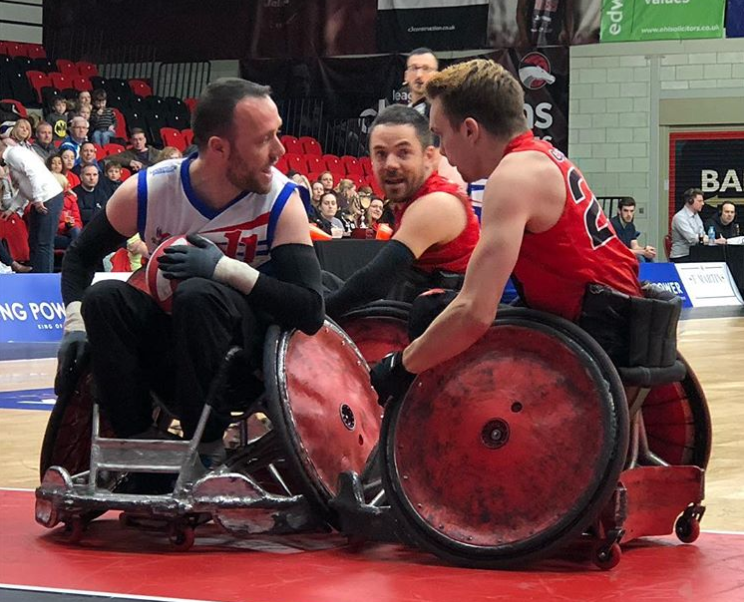 Canada vs France at the 2019 King Power Quad Nations

The start of the third quarter saw Canada go up a gear and cut their opponent’s lead in half. It looked like the comeback was on. Unfortunately, France would eventually tighten up on defense and in the final minute of play, force Canada into two successive turnovers.

The fourth quarter was a stalemate, as Canada and France would trade tries back-and-forth and no team would manage to dominate. The clock would eventually tick down to zero and the match would finish Canada 48 France 52.

Trevor Hirschfield (1.0) and Shayne Smith (2.5) were respectively rewarded “Best in Class” during the tournament’s closing banquet.

What’s Next for Team Canada?

There will be little time to rest for Team Canada, with the 2019 Vancouver Invitational just around the corner, starting Friday, March 8th and running until Sunday, March 10th.

Immediately following the conclusion of tournament, a five-day National Team Selection Camp will be held at the Richmond Olympic Oval to determine the roster for the 2019-20 National Team Program. Athletes selected to the program will then have an opportunity, later in the year, to be selected to represent Canada at the 2019 Parapan American Games in Lima, Peru.