(Canadian Paralympic Committee, Ottawa) – It wasn’t that long ago, that Canada was battling the USA and Australia for world supremacy in wheelchair rugby. Veteran national team member Patrice Dagenais says Canada is on track to return to those glory days.

While the results over the past two seasons haven’t been on par with Canada’s high standards in the sport, Dagenais says he’s enjoyed watching young players thrive in the system and helping play a key role in that development.

“My role has changed a little bit,” he said. “With new players I can share my knowledge more about the sport to the other guys. At the beginning you have to be a bit more patient with the new players because you can’t expect them to come in and know everything right away. It’s about being patient and listening to them.”

Dagenais, diagnosed with quadriplegia after a construction accident in 2003, can certainly bring experience to the table both on and off the court. He knows that being involved in high performance sport is a full-time dedication and for the new players this can be a sudden lifestyle overhaul.

“Having a leadership role on the team, some of the players come up to me and ask me questions and want to talk bout stuff,” he said. “I’m looking forward to the next few months and next year to see how much more we can improve from world championships.”

Canada is working its way back to its perch near the top from earlier this decade.

At the 2012 Paralympic Games in London, the Canadian team won the silver medal after upsetting the Americans in the semis by one point. It was a similar scenario two years later at the world championships. In fact, Canada had reached the podium at every worlds between 1995 and 2014.

Canada once again beat the Americans in 2015 to win the gold medal at the Parapan American Games in Toronto and placed fourth at the Rio Games, dropping the third-place match to Japan by two points. That ended a streak of three consecutive Paralympic Games on the podium.

After Rio, there were some key retirements which put the Canadian team in a rebuilding mode for the Tokyo 2020 Games. Now more than halfway through the rebuild, Canada would like to lock up its Tokyo ticket by successfully defending its title at the 2019 Parapan American Games in Lima, Peru from August 23 to September 1.

Dagenais admits its been a challenging two seasons as the coaching staff has juggled maintaining Canada’s international stature while moulding the new players into the team system.

Still with seven returnees from Toronto on the 12-person roster for Lima, including scoring machine Zak Maddell and Trevor Hirschfield, the Canadian team is confident.

“We learned a lot at the world championships last year,” said Dagenais, about Canada’s sixth-place finish at the 2018 worlds. “We had some ups and downs. Sometimes in sport its good to lose once in awhile so you can learn from it and come out stronger.” 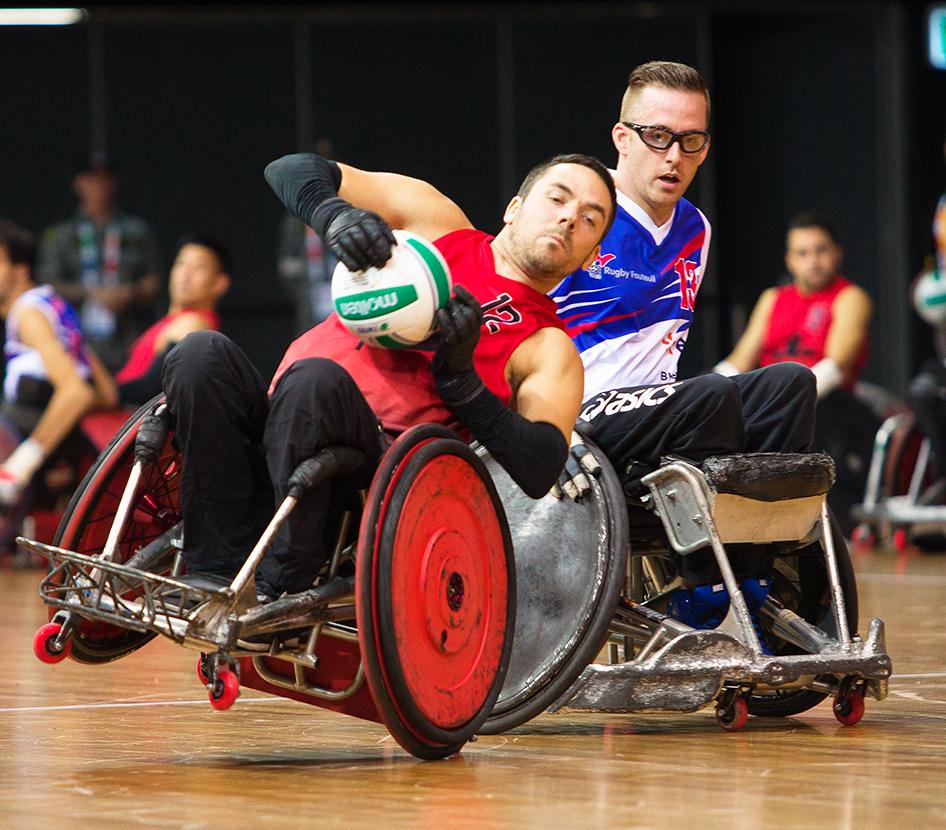 Dagenais admits Canada will have to be stronger for the Lima Games to avoid a last chance qualifier for the 2020 Paralympic Games. The winner in Lima goes to Tokyo.

“We want to repeat and we need to keep on improving. The Games are going to be exciting for us. We feel we have the best preparation for the Games and a possible match-up against the U.S. in the final.”

That patient approach to this rebuild has paid dividends quicker than expected. Canada is now ranked fifth in the world.

“We’ve had success since I started playing on the national team in 2011,” Dagenais said. “You have to look at the big picture and that’s to develop new players for the long run.

“We just need to continue on and focus on our goal to qualify for the Paralympics.”