I started playing wheelchair rugby in 2005, a few years after I left the rehab center. What really sold me on the sport was how, as a lower functioning quad, I could still be competitive. I played many sports before my injury and loved the competitive experience that sports offered. During my first couple of years playing wheelchair rugby, I heard about this variation of the sport called low point wheelchair rugby. There were not many tournaments and the best ones were in Montreal and Switzerland. I was really intrigued and realized I was still missing that super competitive experience from my able-bodied sports days.

Part of what makes wheelchair rugby a very strategic game is the classification system. For example, as a 0.5 I could almost never guard a 3.5 by myself due to our different levels of muscle function. Since there is a mixture of classifications on the court, the best way to operate as a team is to have very specific roles based on point values. The low pointers will not be carrying the ball for extended periods in an ideal offense, and low pointers will not be guarding high pointers for extended periods on defense. Sometimes I feel like I am not contributing much when I am on the court even though I am doing my role as a low pointer; I feel like an afterthought. In low point rugby, the field of classification is much narrower; the highest point player is a 1.5 and the four players on the court cannot exceed 3.5, so the gap in function level is much smaller. Going back to the earlier comparison, low point rugby is much closer to that competitive able-bodied sports experience I had been missing; I am no longer an afterthought as every player is integral in each play. 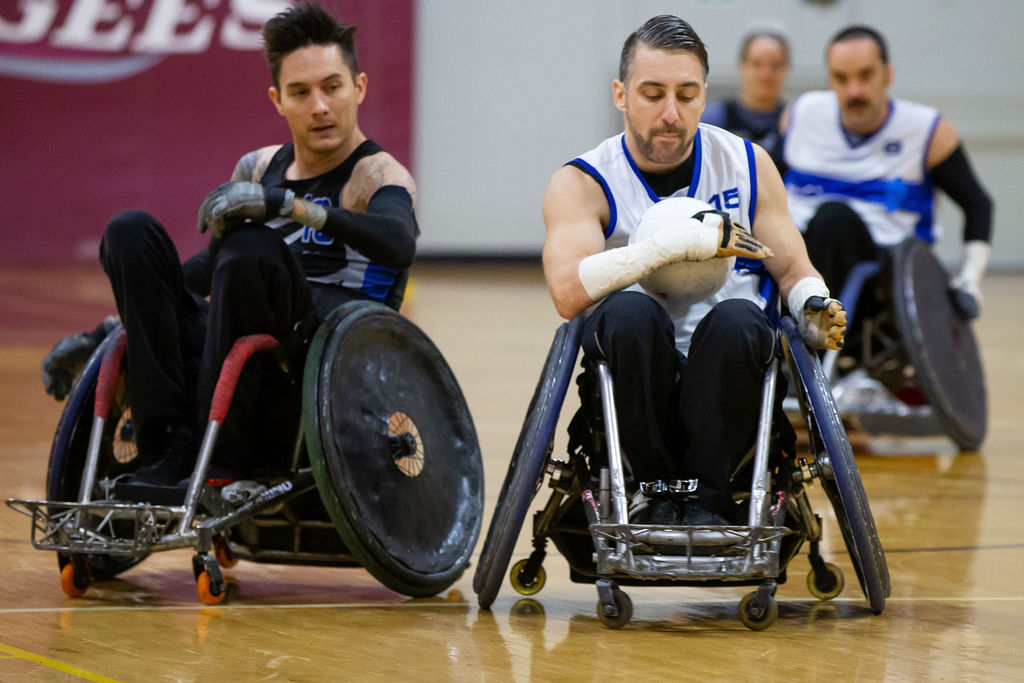 My first low point tournament was in Nottwil Switzerland. I was so excited to be asked to play as part of a non-official Canadian team. It was my first time traveling to Europe and my first time traveling with no able-bodied person around to help. Our team did not fare very well at the tournament, we finished in sixth place of the eight teams competing. I got to meet a bunch of athletes from across Europe, many of whom I would see consistently at the Swiss tournament for many years to come. After the tournament, a teammate and I traveled to Rome which really tested our independence; two 0.5’s on the loose in Italy for the first time, and neither of us spoke Italian. We survived the trip and reflecting on the flight home I realized I had a lot to learn about low point rugby and wheelchair rugby in general.

Over the next 10 years, our makeshift Canadian team attended many low point tournaments. The biggest tournament which we looked forward to each year is the Swiss tournament in Nottwil. We started having more success with many first and second-place finishes. I found that every year the low point tournaments were the experiences that were driving my improvement in ball handling, passing, and knowledge of the game. 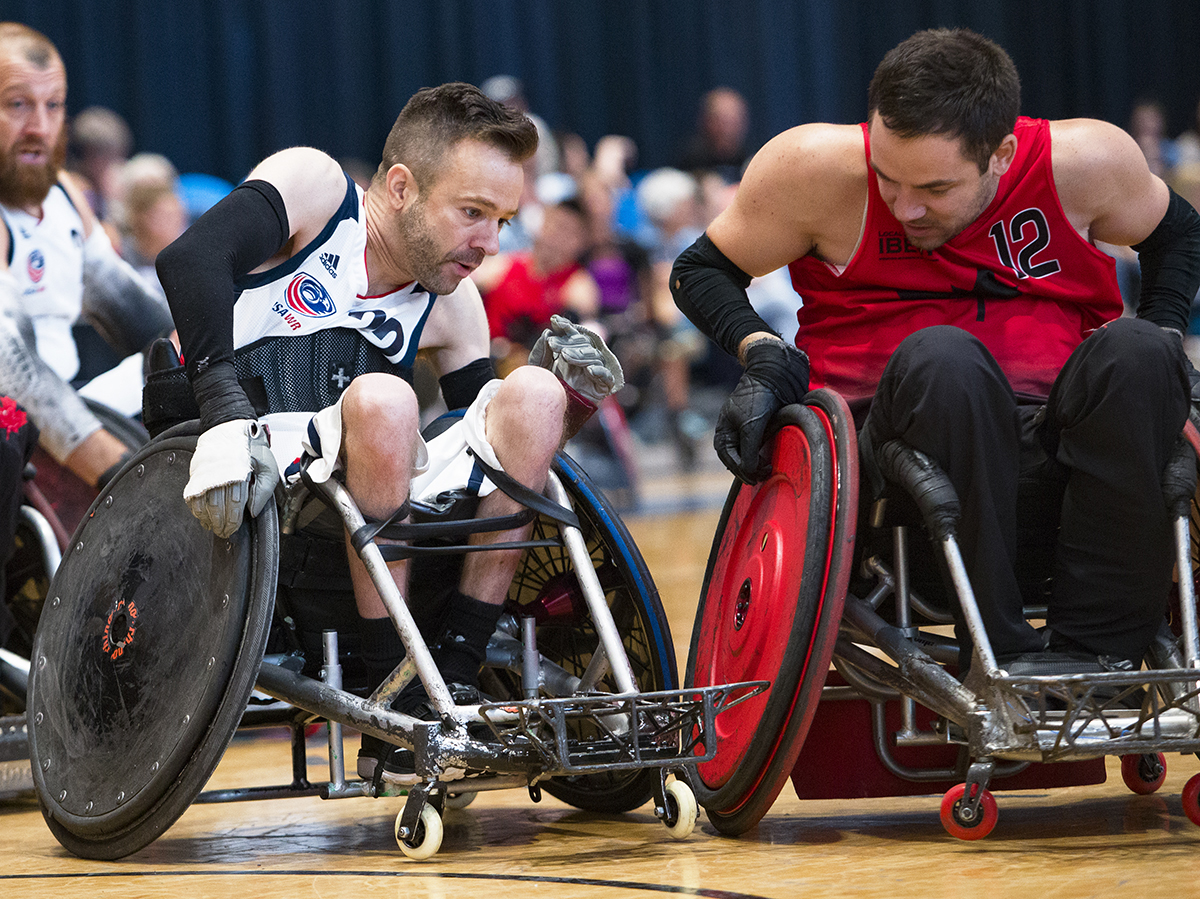 The recent announcement by IWRF of a potential 2021 World Championship for low point rugby has me giddy. Aside from the chance to compete against the world’s best, it will be a huge step to legitimizing the sport. The benefits to regular wheelchair rugby are manifold, often times a club will have an abundance of low point athletes so low point tournaments offer more playing time for them. Secondly, it offers the 0.5 with less function then the standard 0.5’s a chance to contribute on the court; it can be extra discouraging for these athletes in regular wheelchair rugby when they have limited playing time and struggle to keep up with the play. Thirdly, it’s great for low pointers to handle the ball a lot more. When playing with only 3.5 total points on the court, low pointers must learn how to play as a high pointer and create windows for receiving passes and using picks to advance up the court.

I am proud that Wheelchair Rugby Canada is supporting the potential IWRF 2021 Low-Point World Championship. Canada has committed to sending a team. Key members of the Canadian rugby community are also planning to host low point tournaments leading up to the 2021 international tournament. I am hopeful that the momentum keeps building and we create a future where Canadian athletes don’t have to travel overseas to get their first taste of low point rugby and can aspire to be World Champions.