June 14, 2019The Canadian National Wheelchair Rugby Team will travel to Misawa, Japan from June 28th to July 10th for a training camp and a five-game exhibition series against the Japanese National Team.

The Canadian National Wheelchair Rugby Team will travel to Misawa, Japan from June 28th to July 10th for a training camp and a five-game exhibition series against the Japanese National Team.

It will mark the team’s second visit to Misawa in less than a year, having hosted a training camp there last October.

The camps are part of the agreement between Wheelchair Rugby Canada and Misawa, in which Misawa will host up to five training camps over the next two year in the lead up to the Tokyo 2020 Paralympic Games. 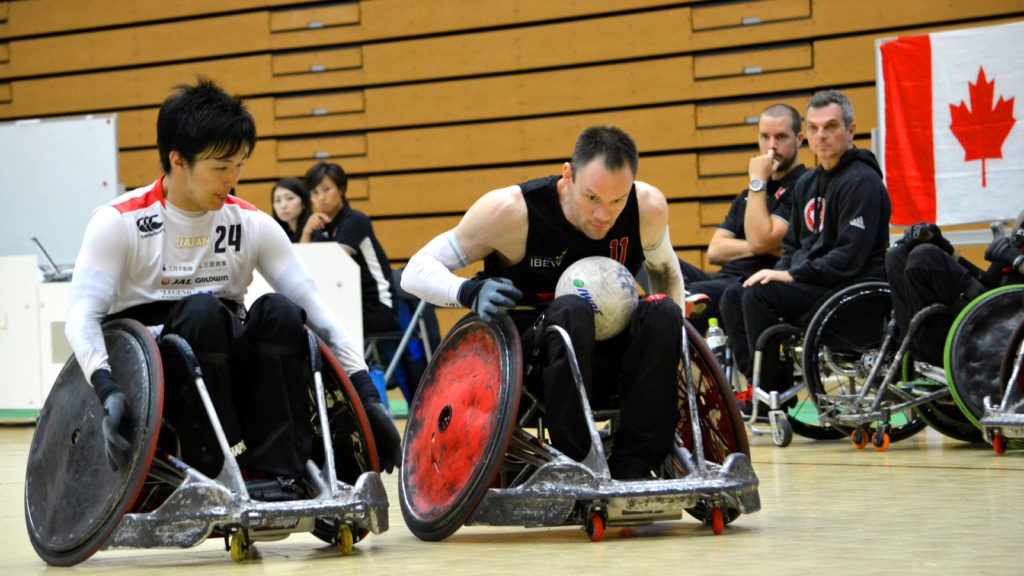 The following athletes will attend the training camp:

The training camp in Misawa represents one last major opportunity for the athletes to state their case in favor of making the 12-player roster that will represent Canada at the upcoming Lima 2019 Parapan American Games.

An official announcement regarding Canada’s Lima 2019 roster will be made on Monday, July 15, 2019.

Updates from the training camp and exhibition matches will be provided through wheelchairrugby.ca and our official Facebook and Twitter pages.

Misawa City is located in the southeastern part of Aomori Prefecture, facing the picturesque Pacific Ocean to the east and Lake Ogawara to the west. The area stretches 11 km from east to west and 25 km from north to south, with a total land area of 119.87 km. Its flatland area is blessed with rich nature such as Hotokenuma, a site designated by the Ramsar Convention as one of the important wetlands of the world.

For more information or to schedule an interview, please contact: