RECAP: Canada marches on with comeback win over Denmark

August 9, 2018Canada showed their never-give-up attitude on Thursday afternoon, as they came back from a three-try deficit to defeat Denmark, 52-51. The win means Canada will now move onto to face France in the 5th Place playoff of the 2018 Wheelchair Rugby World Championship on Friday, August 10 at the Quaycenter in Sydney, Australia.

Canada showed their never-give-up attitude on Thursday afternoon, as they came back from a three-try deficit to defeat Denmark, 52-51. The win means Canada will now move onto to face France in the 5th Place playoff of the 2018 Wheelchair Rugby World Championship on Friday, August 10 at the Quaycenter in Sydney, Australia.

Denmark started the brighter of the two teams on Thursday afternoon, managing to recover a misplaced pass by Canada in the opening minute and score on the ensuing possession. The Danes’ defense would then go on to create another turnover a few minutes later, by knocking Canada’s ball carrier out of bounds. Again Denmark would capitalize by scoring a try on the next play, helping them two a point lead going into the 2nd quarter.

Canada would step it up on defense in the second half, pressing higher up the court and making it harder for Denmark to pass the ball. The end result would be a positive one, as the Danes would struggle to find an open man on the inbound and be forced into burning two of their player timeouts.

Later on, in the quarter, Mike Whitehead would play a key role in forcing Denmark into two turnovers of their own, helping Canada close the margin between the two teams to just one point going into halftime. 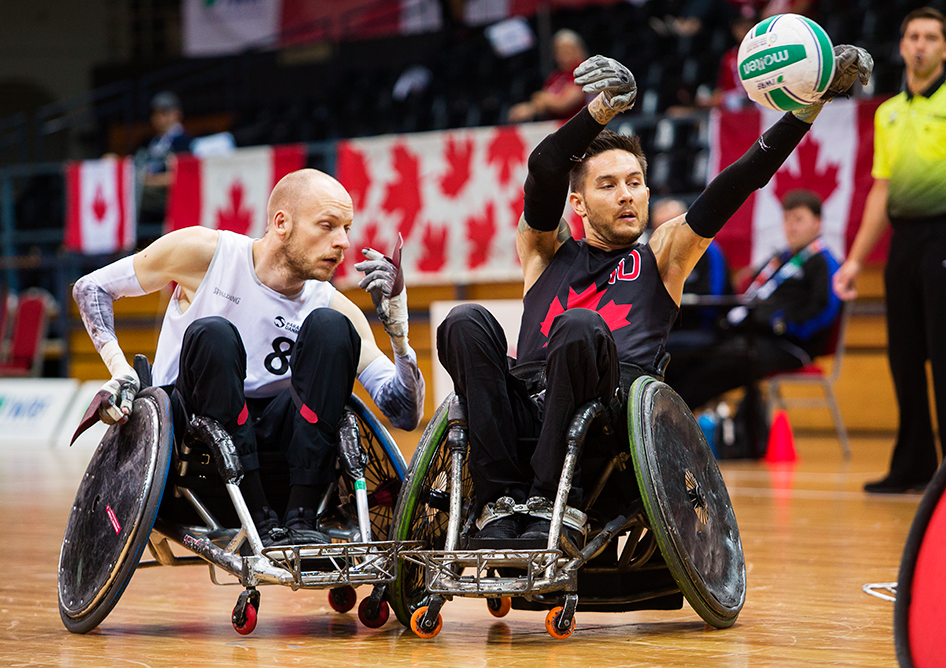 The 3rd quarter would pick up exactly where the 2nd left off, with Canada’s hardworking defense causing problems for Denmark all over the court. Fabien Lavoie would intercept a Danish pass early on, while the defensive duo of Trevor Hirschfield and Cody Caldwell would force another turnover by preventing Denmark from getting over mid-court line in under 12 seconds.

These efforts would help Canada take the lead late on in the third. Unfortunately, though, it wouldn’t last, as the Canadians would turnover the ball to Denmark, who would go on to score. As a result, the teams would go into the final quarter all squared up.

Much like the rest of the match, the fourth quarter was a tense and physical affair. Each team would trade turnovers, with Mike Whitehead managing a steal and Denmark forcing Canada to misplace a pass. However, with 55 seconds left on the clock, Canada’s Travis Murao would come up big, intercepting a Danish pass and driving down the court to assist in a try for Canada.

It would provide the Canadian with the two-try cushion they were looking for and help them to see out the win over Denmark.

Assistant Coach David Willsie speaking after the match: “It was an exciting match that’s for sure. The energy in the gym was just electric.”

“We didn’t really need to say anything to the guys at halftime. We feel we have a good veteran core in this group, so there wasn’t a need to hit the panic button. We just picked up the pressure a little more (in the 2nd half) and that’s what got us through”

“We had some guys on the bench today that, even though they didn’t get on the court today, their energy was through the rough. It was contagious and pushed us on. Once we got that first turnover, we just knew that another was just around the corner. 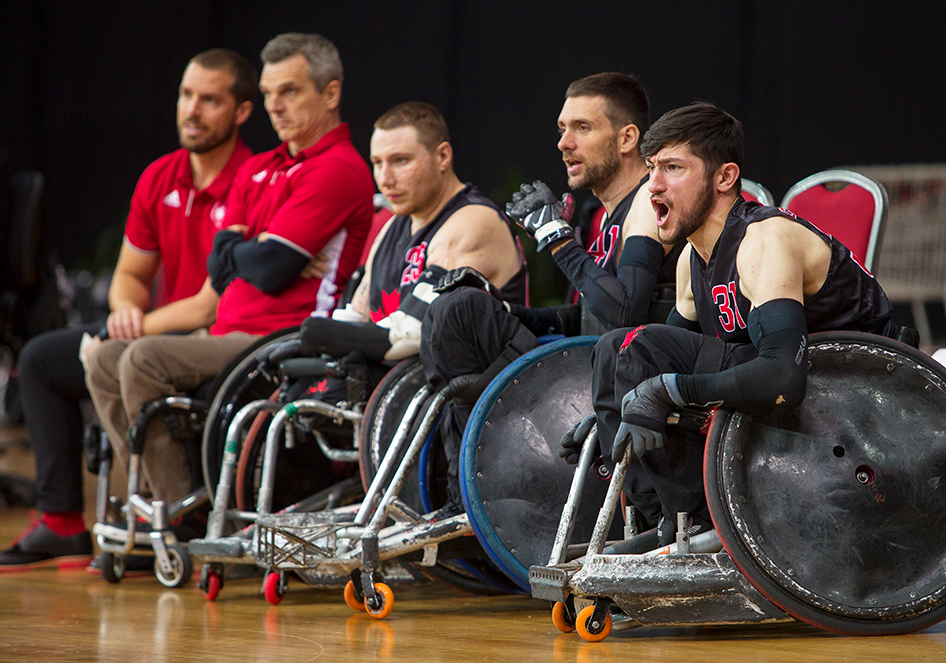 Canada will play their seventh and final match of the 2018 Wheelchair Rugby World Championship on Friday, August 10 at 11:30 (local time) against France in a 5th Place Playoff.

The two teams met early in the tournament’s preliminary round, with France winning the match 51-42 over Canada.

Assistant Coach David Willsie speaking ahead of the match against France:

“We were a little embarrassed on how we came out in our first game against France. We weren’t ourselves, so I know the guys are chomping at the bit a little, to come out and show what we can really do. It’ll definitely be a good one”

Canada’s match against France will available to be watched live on Wheelchair Rugby Canada’s Facebook page HERE. The match will broadcast on Thursday, August 9, 2018, at 21:30 EST // 18:30 PST.