OTTAWA TO HOST THE 2019 NATIONAL CHAMPIONSHIPS – POWERED BY VESCO

March 5, 2019(Ottawa, ON) – Wheelchair Rugby Canada and the Ottawa Stingers are proud to announce that 2019 National Championships – Powered by Vesco will be held in Ottawa, ON from May 3rd to 5th. The event was last held in the nation’s capital in 2010.

March 5, 2019 – (Ottawa, ON) – Wheelchair Rugby Canada and the Ottawa Stingers are proud to announce that 2019 National Championships – Powered by Vesco will be held at the University of Ottawa in Ottawa, ON from May 3rd to 5th. The event was last held in the nation’s capital in 2010.

“The Ottawa Stingers are excited to be hosting the National Championships in May. We look forward to welcoming everyone to the University of Ottawa for a great competition consisting of the best wheelchair rugby players in Canada,” said Ottawa Stingers and National Team co-captain Patrice Dagenais.

The National Championships is the culmination of the Canadian Wheelchair Rugby season and brings together the best athletes from across the country to compete for the chance to be crowned National Champion. 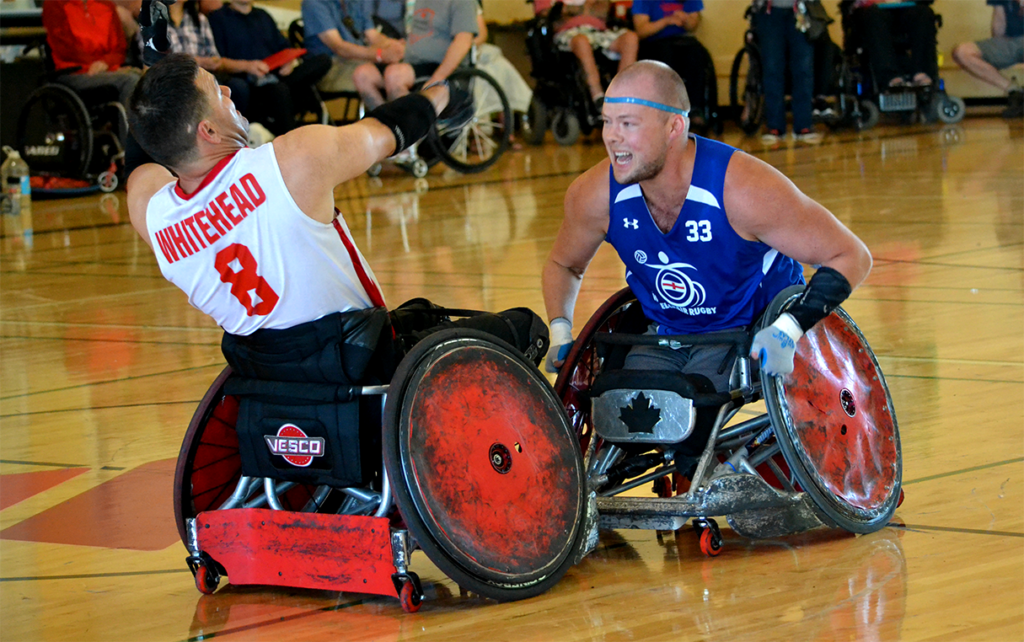 Last year’s competition in Calgary, AB, saw the Ontario Thunder come out victorious in the Division 1 Championship match, narrowly defeating the Alberta Roughnecks by a score of 61-56. In Division 2, the Ontario Storm captured 1st Place by going undefeated and winning all five of their round-robin matches.

“This event will surely bring lots of action and excitement to the city of Ottawa, so come down and cheer on some of the top athletes in all of Canada” said Dagenais.

Tournament details and registration for the 2019 National Championships will be updated as information becomes available.

Wheelchair Rugby Canada is delighted to announce that Vesco Metal Craft (VMC), designers and manufacturers of more than 1300 custom rugby chairs, has joined as the title sponsor for what will be called the 2019 National Championships – Powered by Vesco.

Vesco is based out of Chula Vista, California, and has been manufacturing quality Wheelchair Rugby chairs since 2002. They lead the way in terms of evolutionary design and through innovation, they have raised consumer expectations for excellence concerning quality and performance.

To learn more about Vesco Metal Craft’s products, visit their new website at https://vmcrugbychairs.com/. Also, be sure to visit their booth and speak to a VMC representative at this year’s National Championships in Ottawa.