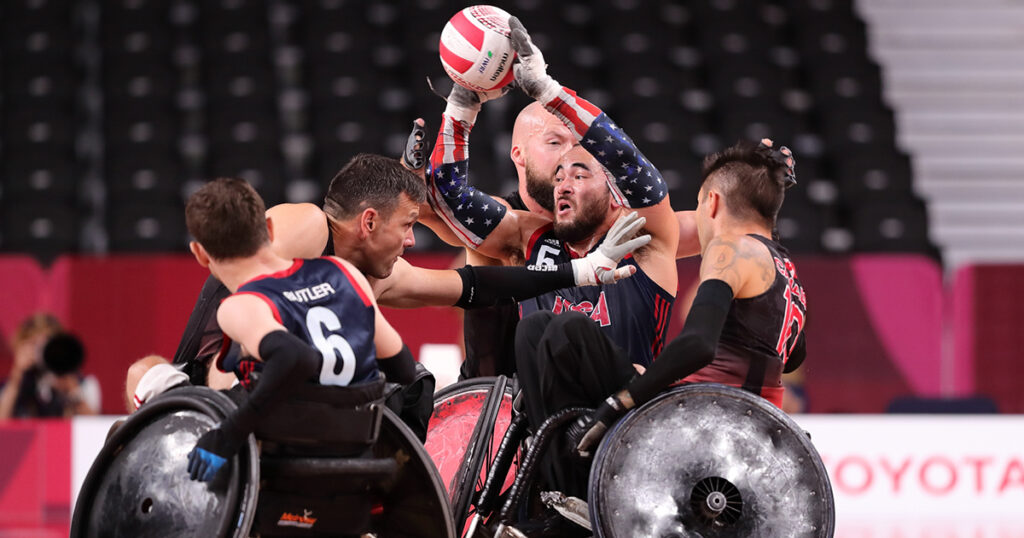 “It’s always a pleasure to be on the court with world class athletes like Zak”, said linemate, Mike Whitehead. “The guys make my job easy. All The boys battled and it’s an honour to be on Team Canada.”

A loss in Game 2 and a 0-2 record signifies Canada will be playing in a classification match August 27 or 28 against an undetermined opponent. Canada (ranked 5th) plays its final game in Group Stage against New Zealand tomorrow.

“They are a big, strong team. You know they are always going to compete hard; they are one of the favourites going in, you know you’re in for a battle every time you play against them”, said coach, Dave Willsie. “We matched up well, I don’t remember a Team creating that many turnovers against them. If we just took care of the balls a little better, I think the outcome would have been different.”

“The boys aren’t in a good mood, I think their disappointed, a little angry, but this is the perfect sport to get rid of your frustration,” continued Dave on the Team’s mentality heading into Game 3. “[The team] is going to come out hard, there should be a lot of big hits and a lot of energy, our guys got a lot of pride.” 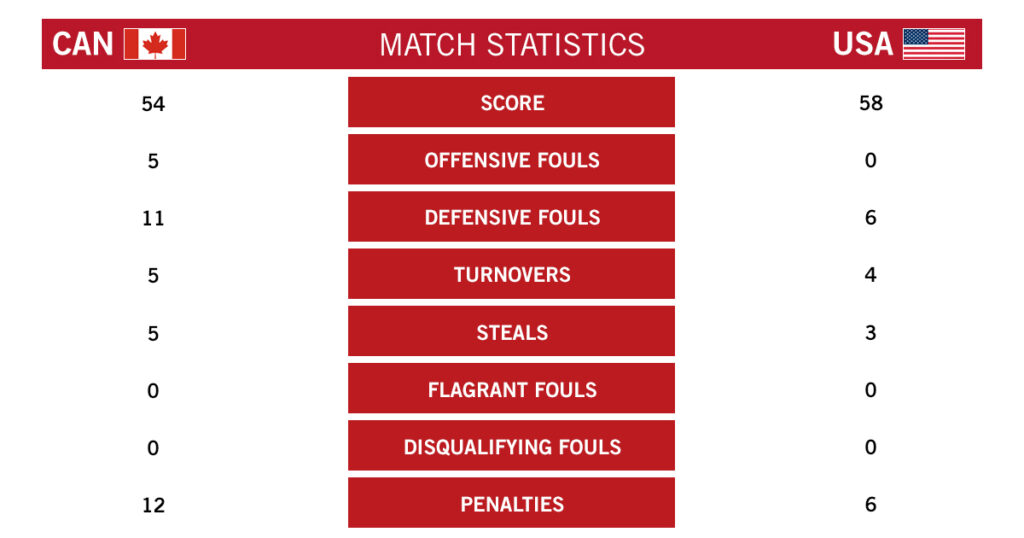