It is important to use the right equipment when you try a parasport to ensure you have a positive experience and get a good feel for the game.

Athletes compete in manual wheelchairs that are specially designed for wheelchair rugby use. The rules of the sport include detailed specifications for the wheelchairs to ensure safety and fairness; in international competition, all wheelchairs must meet these requirements. To begin to play, any manual sports wheelchair may be used, although the game is easier when played in a specialized rugby wheelchair. Many players begin using wheelchairs adapted from wheelchair basketball.

The game is played with a white ball identical in size and shape to a regulation volleyball. In addition to the ball, four cones, pylons, or other similar markers are required to mark the ends of the goal lines. A game clock and a 40-second score clock are also required; any clocks used for basketball, handball, or other similar sports will be sufficient. 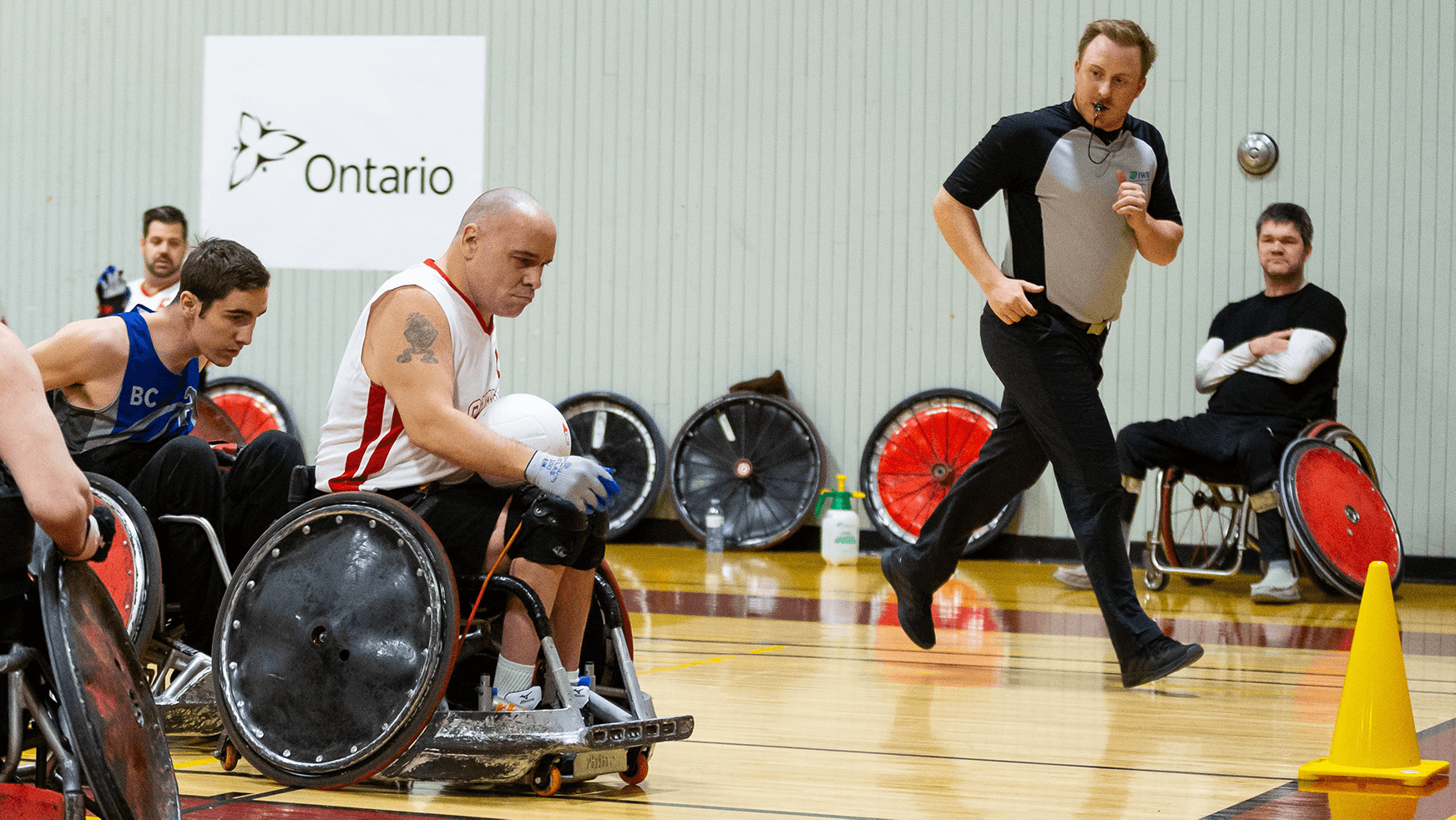 Ten Seconds – No Dribble: A player who has possession of the ball must dribble or pass every 10 seconds.

Ten Seconds in the Key: A player whose team has control of the ball cannot remain in the opposing team’s key area for more than 10 seconds.

Twelve Second Violation: After inbounding the ball, a team has 12 seconds to bring the ball over the half-court line.

Charging Foul: This occurs when one player strikes another player with excessive speed or force, risking injury to the player.

Contact Before the Whistle: Occurs in one player makes deliberate or advantageous contact with another player while the ball is dead. Each team will receive one contact warning in each half.

Out-And-In: Occurs when a player who has possession of the ball leaves the court with one wheel on the goal line and then returns to the court without a second wheel crossing to score a goal.

Four in the Key: Occurs when the defending team has four of their players in their own key area. The foul is charged to the last defending player who entered the key.

Holding: When a player grasps or holds the wheelchair of another player with a hand or other part of the body.

Illegal Use of Hands: When a player strikes another player using his arms.

Spinning: When a player strikes another player’s wheelchair anywhere behind the axle of the rear wheel, causing the wheelchair to rotate horizontally or vertically so that the player’s safety is at risk.

Technical fouls: This occurs when a player or coach acts in a disrespectful or unsportsmanlike manner.